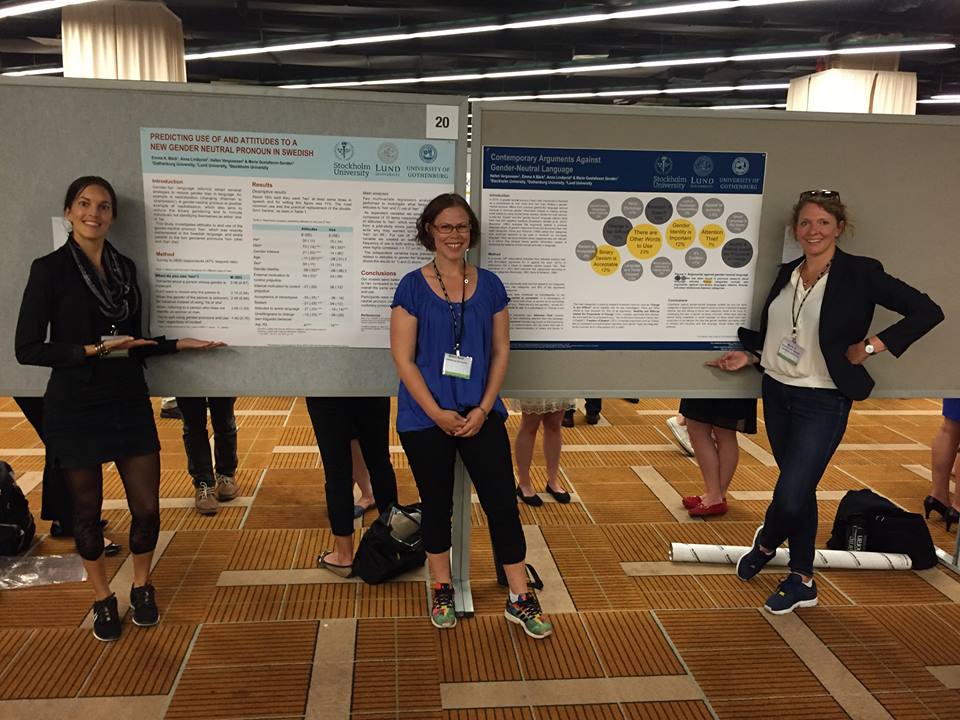 Anna, Emma and Marie have been in Chicago two present two studies about hen at APS (Association for Psychological Science, 28th Annual Convention):

Predictors of the usage of and the attitudes toward a new gender-neutral pronoun (Bäck, Lindqvist, Vergoossen, Gustafsson Sendén)
Participants (n=1331) responded to a questionnaire about attitudes towards the recently introduced Swedish gender-neutral pronoun ‘hen’. Results showed that almost all participants used the word themselves, although the attitudes varied. Age, political views and sexism were identified as the most important factors when predicting attitudes and frequency of use.
[download poster as pdf]

Contemporary Arguments Against Gender-Neutral Language (Vergoossen, Bäck, Lindqvist, Gustafsson Sendén)
Arguments against a current language reform in Swedish – the introduction of a gender-neutral third personal pronoun as a complement to she and he – were analyzed and compared to previous arguments against the introduction of double forms (he/she) in English. Although the reforms differ, the arguments are surprisingly similar.
[download poster as pdf]