Amanda Klysing recently presented our research at the Gender and Sexuality at Work conference (held online). She was also the winner of the Best Paper Reward at the conference. You can watch the presentation here. 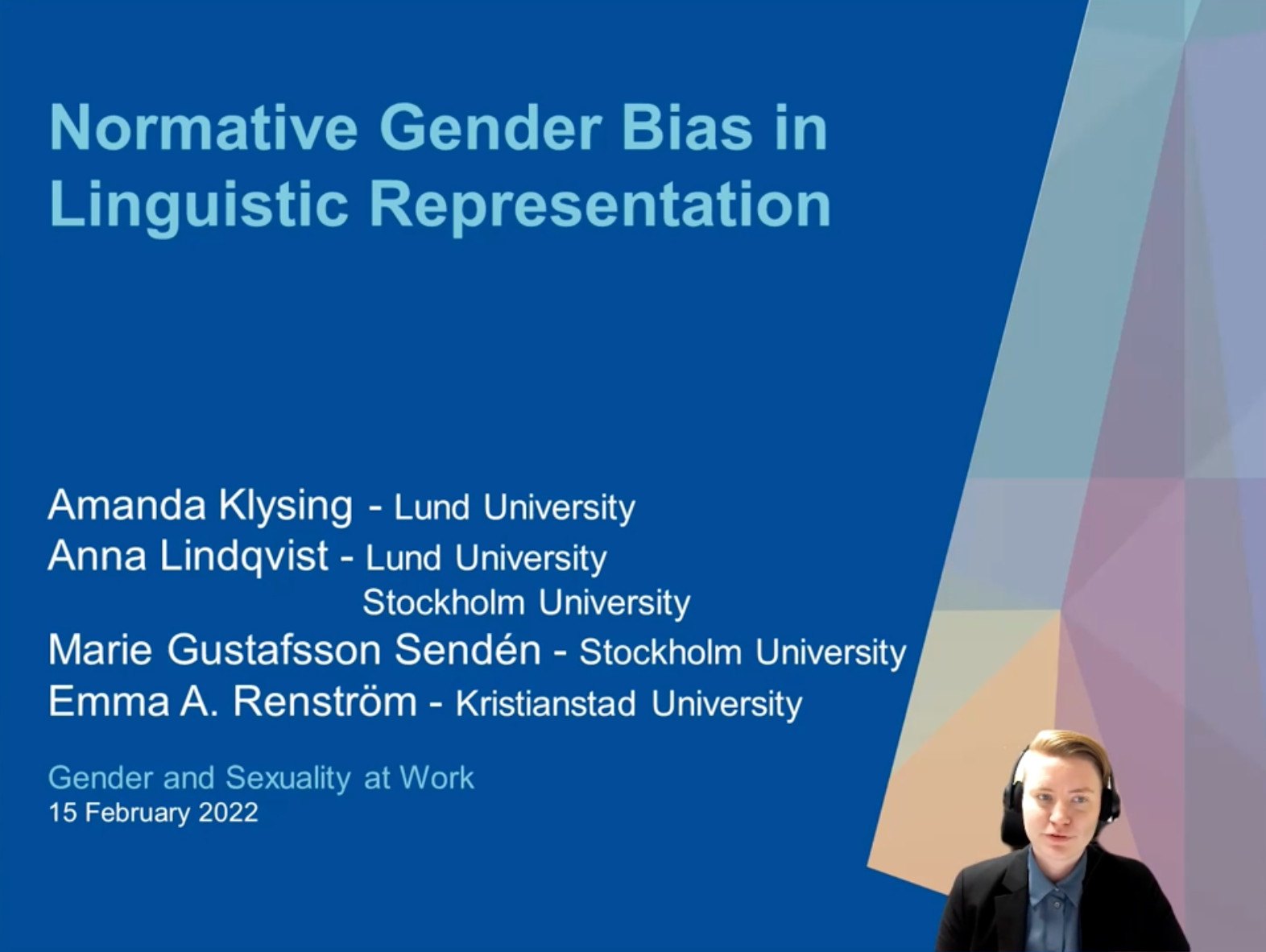