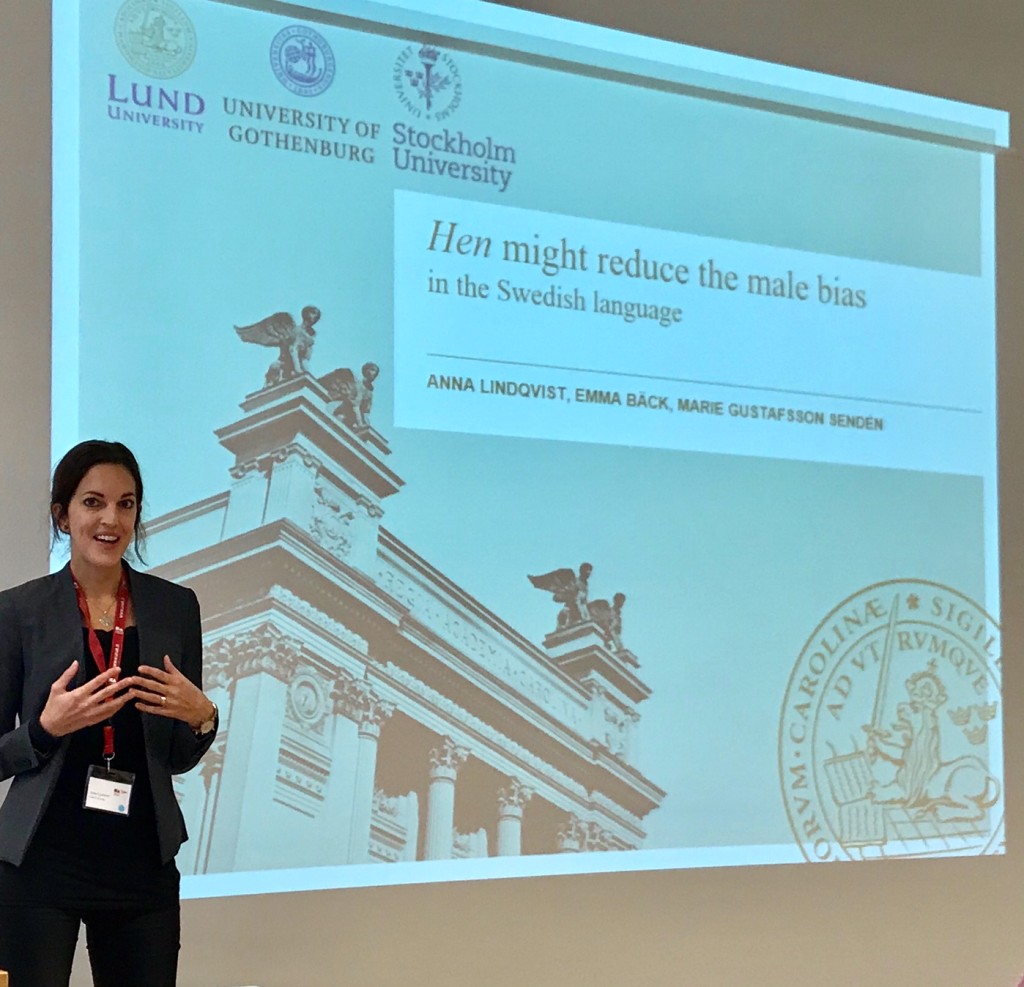 Anna and Emma visited the tenth Nordic conference about language and gender, which this time was held in Akureyri during October 20th-21st. We presented one of our studies where we have shown that henseems to be able to reduce the male bias in our language.