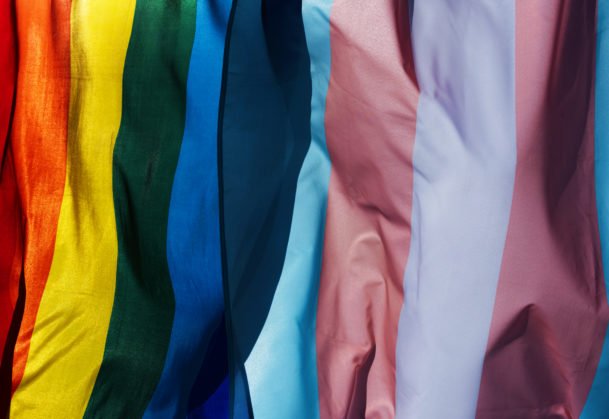 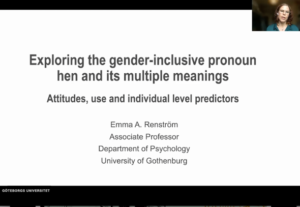 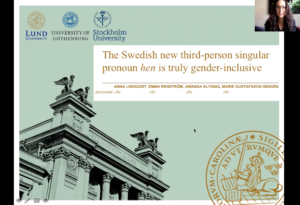 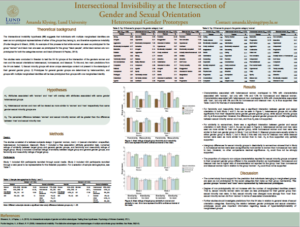 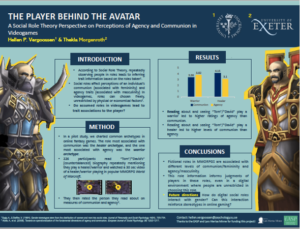 Poster: The player behind the avatar – A social role theory perspective on perceptions of agency and communion in video games
Hellen Vergoossen, Thekla Morgenroth 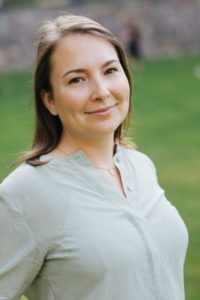 This paper tests how gender stereotypes may result in biased student evaluations of teaching (SET). We thereby contribute to an ongoing discussion about the validity and use of SET in academia. According to social psychological theory, gender biases in SET may occur because of a lack of fit between gender stereotypes, and the professional roles individuals engage in. A lack of fit often leads to more negative evaluations. Given that the role as a lecturer is associated with masculinity, women might suffer from biased SET because gender stereotypes indicate that they do not fit with this role. In two 2 × 2 between groups online experiments (N’s = 400 and 452), participants read about a fictitious woman or man lecturer, described in terms of stereotypically feminine or masculine behavior, and evaluated the lecturer on different SET outcomes. Results showed that women lecturers were not disfavored in general, but that described feminine or masculine behaviors led to gendered evaluations of the lecturer. The results were especially pronounced in Experiment 2 where a lecturer described as displaying feminine behaviors was expected to also be more approachable, was better liked and the students rather attended their course. However, a lecturer displaying masculine behaviors were instead perceived as being more competent, a better pedagogue and leader. Gender incongruent behavior was therefore not sanctioned by lower SET. The results still support that SET should not be used as sole indicators of pedagogic ability of a lecturer for promotion and hiring decisions because they may be gender-biased.

“Hen could influence how we perceive gender and reduce gender stereotypes,” said Marie Gustafsson Sendén, a psychologist at Stockholm University and co-author of the study. “It could be more gender-inclusive and produce less male bias.” 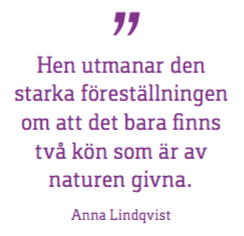 In the social sciences, many quantitative research findings as well as presentations of demographics are related to participants’ gender. Most often, gender is represented by a dichotomous variable with the possible responses of woman/man or female/male, although gender is not a binary variable. It is, however, rarely defined what is meant by gender. In this article, we deconstruct the concept ‘gender’ as consisting of several facets, and argue that the researcher needs to identify relevant aspects of gender in relation to their research question. We make a thorough exposition of considerations that the researcher should bear in mind when formulating questions about each facet, in order to exemplify how complex this construct is. We also remind the researcher that gender is not a binary category and discuss challenges in the balance between taking existing gender diversity into account and yet sorting participants into gender categorisations that function in statistical analyzes. To aid in this process, we provide an empirical example on how gender identity may be categorised when using a free-text response. Lastly, we suggest that other measurements than participants’ gender might be better predictors of the outcome variable.

The gender-neutral third-person pronoun singular hen was recently introduced in Swedish as a complement to she (hon) and he (han). The initiative to add hen initially received strong criticism. In the present study, we analyzed 208 arguments from 168 participants with critical attitudes toward hen. We used Blaubergs’ (1980) and Parks and Roberton’s (1998) taxonomies of critical arguments against past gender-fair language reforms in English in the 1970s and 1990s as a basis for coding the arguments. A majority of arguments (80.7%) could be coded into existing categories, indicating that criticisms of gender-fair language initiatives are similar across different times and cultural contexts. Two categories of arguments did not fit existing categories (19.3%): gender-neutral pronouns are distracting in communication and gender information is important in communication. Furthermore, we established four overarching dimensions that capture assumptions and beliefs underlying gender-fair language criticism: (a) Defending the Linguistic Status Quo (39.4%), (b) Sexism and Cisgenderism (27.4%), (c) Diminishing the Issue and Its Proponents (26.9%), and (d) Distractor In Communication (6.3%). These dimensions of criticisms should be considered and addressed in different ways when implementing gender-fair language.